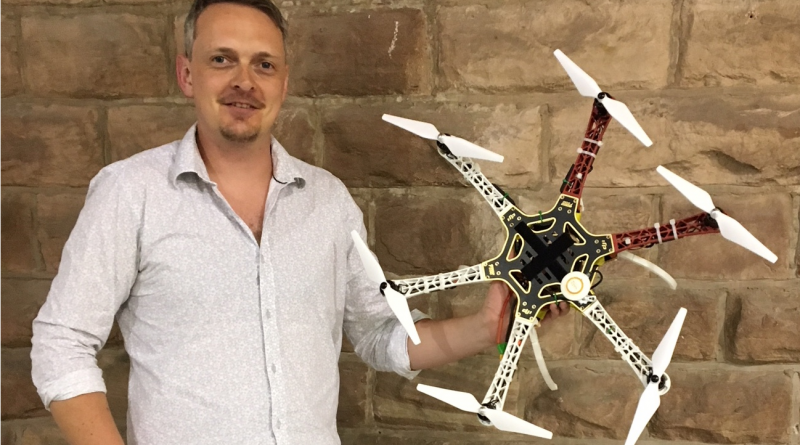 It seems now that drones are present at all outdoor events. Whether it’s a firework display, a county show or an extreme sporting event – there’s usually one hovering about just out of reach.

However, there’s plenty other uses for the gadget – they aren’t simply a novelty to pull out when there’s an opportunity for a cool picture.

One person who knows all about their capabilities from a business perspective is Sam Barnes, director of Wirral-based company Drone Factor. Along with business partner Amy Jane Marshall, they use drones to help those who require their aerial surveying services.

We caught up with Sam to discuss what they do, how to get your hands on a qualified to fly a drone, and their upcoming workshop in partnership with the Royal Photographic Society (RPS).

Phil: Hi Sam, thanks for agreeing to talk with us. To begin with, could you summarise what it is you do as a company?

Sam: We take the expense away from others to provide drone services. Say for example that you’re a quantity surveyor. If you want a map or a nice photograph of the place you’ve designed, or an aerial shot, that you want to use for commercial purposes. If you want to do it in house, then you’re looking at least £6000 just to get that photograph. By the time you’ve done your licencing, insurance, bought the drone itself – plus the other stuff that comes into it – the costs are that much.

We can provide mapping, inspections, cinematics and photography and it’s going to be cheaper for the number of times you’d use us than doing it yourself.

Phil: So what drove you to start the business? I believe you have an interest in electronics and a background in graphic design.

Sam: Well, it was my background in graphic design that lead to motion graphics, which then lead to video and video production. When I lived in Canada I worked at a recording studio where I made a number of music videos. That was the first time I came into contact with and used a drone, as it happened to crossover with some architectural visualisation I was doing. It’s funny that a few years later I’m doing the same thing but under my own steam.

From Amy’s point of view, it was an interest in remote controlled stuff from a young age. I mean I had a remote control car as a child, but Amy had seven or ten! It was a different ball game for her.

There was also the drive to work for ourselves. We knew we were capable because we were driven enough and organised enough to be able to hold it down to call ourselves business people. For example, Amy’s at home doing stuff right now, and I’m here doing this interview. I’ve spent the morning having meetings with other people as well, so we manage our time and in theory are in two places at once.

Phil: What are your aims as a business?

Sam: I don’t want to talk in terms of turnover but I think what we really aim to do is to have a nice solid base of clients who are using us to expedite their objectives. Take the architect who’s working on a new project. It’s day two and he’s already done a site visit and thinks “well I can send a drone up from the north east and another photo from the south west” he’ll then pick up the phone, we go and do the photos and he gets on with his project, it enhances the entire workflow for him.

Doing that type of thing on a repeat basis is ultimately our goal.

We want to be a “go to” for mapping, inspections, (building) site updates etc. That’s where we’re aiming because that’s the kind of work we enjoy.

Phil: You’ve recently announced that you’re partnering with the Royal Photographic Society for a two day aerial workshop over the August bank holiday weekend. Could you tell us a little bit about that?

Sam: We were approached by the Royal Photographic Society following one of our images being printed as the front page on The Lake magazine. We decided it would be worthwhile taking the opportunity to promote safe drone use in the hobbyist community, in particular to create an informative and interactive workshop for those who could be caught out by the UK drone laws whilst in pursuit of a unique image.

We hope the course is well received, and we aim to put more courses on in 2019 across the UK. For this pilot course, we are at two exclusive sites: Thurstaston Country Park and a secret location in Ellesmere Port, where attendees will be able to capture images no one else has — or will — be able to, unless they are on the workshop.

Phil: The image on the front of The Lake Magazine was because you covered the Wirral Kayak challenge wasn’t it? Could you tell us a little bit about how you got involved in that?

Sam: Yes, that’s right. Well, we went to the big fireworks display at New Brighton last year and it was phenomenal. But it was tainted for us because we saw no less than five drones flying in the night with no additional lights above the crowd of thousands of people and they were taking off and landing in the middle of it.

We know obviously that the law says one thing and they were doing the complete opposite. We didn’t want to see that happen with the Wirral Kayak Challenge. We covered that event in a legal way going through Wirral Country Parks, Natural England, the Environment Agency and then Wirral Borough Council, as well as talking to Air Traffic Control. That’s five major authorities we had to get in touch with and get permission from to be able to carry it out.

Phil: By covering the Wirral Kayak Challenge did you feel that you had set a standard of what’s expected of drone services?

Sam: It’s about reassuring people. It’s vaguely a public service announcement that this is what should be going on.

Everyone involved in the Wirral Kayak Challenge signed to say, “I’m happy to have the drone fly within 50 metres” so we could get fairly close.

With the bigger events, I can’t notify everybody and frankly, some people might not want it anyway so I always keep my distance.

Phil: How did covering the Wirral Kayak Challenge go?

Sam: Covering the Kayak Challenge was amazing fun, flying from the safety boat and having the opportunity to obtain rarely seen angles of the Wirral Peninsula from the air – on such a wonderfully beautiful day too – was something not easily forgotten.

Despite a brief engine issue first thing in the morning as we made our way up the Mersey, the day went off without a hitch. The main challenge really was taking off and landing from a small boat – the skipper was brilliant and really helped keep things steady for the take offs and landings!

Phil: What does it take to become a talented drone pilot?

Sam: Well to begin with, you need really good spatial awareness. You need to be able to predict motion. I’ve had the drone flying at 60 MPH in a 25 MPH wind, going downwind. I knew it was going to take me nearly 100 metres to comfortably stop it and then start bringing it back, whereas normally it would probably stop within about 10 (metres). It’s that side of things you need to be comfortable with.

The big drone I have here, I wouldn’t put that in the hands of anybody who hasn’t flown before. I would say you need to be very competent before flying one of these. It’s very complicated because it does a lot of stuff itself. People can blame the drone but in actual fact it’s their control, they’re not thinking it through.

So you need to have a level of confidence, you’ve got to be able to react quickly and not just panic.

Then there’s your training. There’s a number of ways to do it, you can go an NQE (Nationally Qualified Entity). You do a flight test and a theory test. After that point, once you have your theory and your flight certificates, you can then create either yourself or using a template, your own Operations Manual.

An operations manual can take at least three months to come back from the CAA. So you can go do a course but you wouldn’t be able to fly commercially until a couple of months down the line. It’s not just bang there you go, and unfortunately loads of people go on to the course thinking that that’s the case.

Then there’s the insurance, which you can only get if you have your PfCO (Permission for Commercial Operations) which is specifically for drones. We use ad hoc insurance at the moment, so if I have a roof inspection, I can say, “I’m here, here’s my 500 metre circle” and I’m insured for flying in that area.

For every single flight you do, you also have to do a full on flight plan.

The last one I did, involved approximately two hours of flying doing various things. One part of it is mapping, the other is close detail photography for an inspection for maintenance purposes. It’s probably taken longer to build the flight plan than it will to actually execute. I think it’s about an 8 to 10 page document.

For every commercial flight, you’ve got to have all of your insurance documents available, not literally on you but you can have them on your phone/email. I’ve got to make sure I’ve notified the right authorities such as Wirral Country Parks or basically anyone within a distance that I feel needs notification. Anyone who is within 50 metres I will definitely notify.

Phil: What’s the most interesting or enjoyable place you’ve surveyed or done cinematic work for?

Sam: It’d have to be Ness Gardens for the 70th anniversary of Gardeners Question Time. Several years ago, I actually did the photography on the ground, way before I got into drones.

This time we got to meet the whole panel. We were working with Something Else Productions, which is by extension the BBC. It was a really fun day, including the flight planning side of it and figuring out the different spots to cover different parts of the event. I think that was my favourite to date. 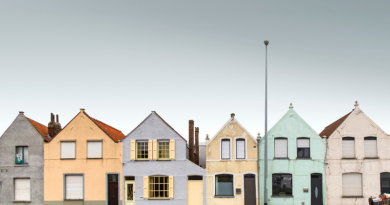 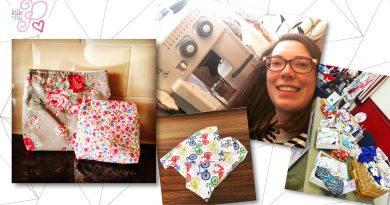 What are your thoughts on WhatsApp groups?

Don't launch an online store before reading this.